“Credit Guarantee Corporation of Cambodia Plc. (CGCC) is a state-owned enterprise established by a Sub-Decree No. 140 ANKR.BK dated 1st September 2020. CGCC is operated under the technical and financial guidance of the Ministry of Economy and Finance. (MEF).

​CGCC’s mission is to provide credit guarantees to lenders on loans made to businesses based on international standards to share the risk with lenders and to improve financial inclusion. 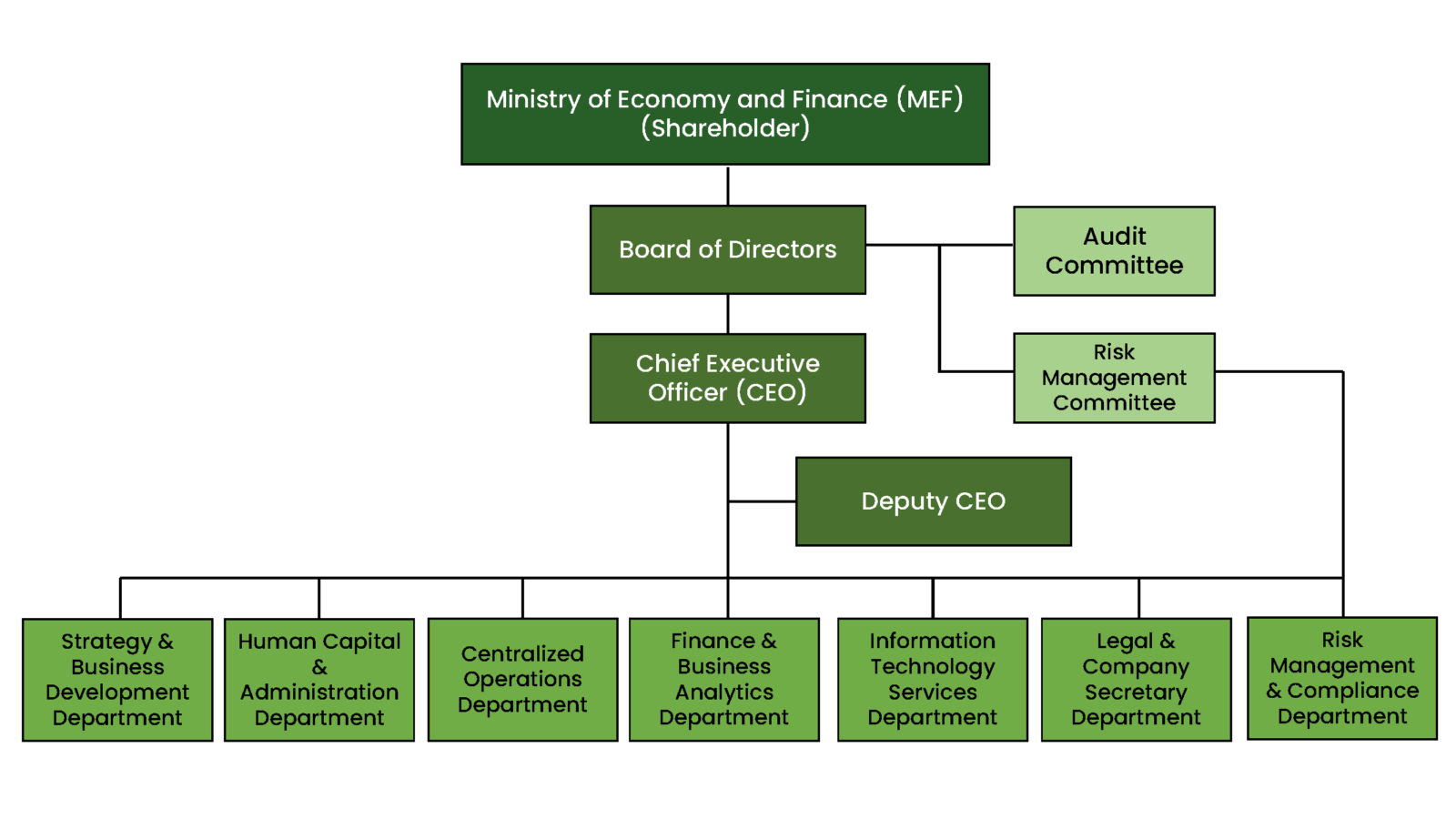 CGCC Board of Directors (BoD):

CGCC will be under the direct supervision and guidance of appointed Board of Directors (BoD). 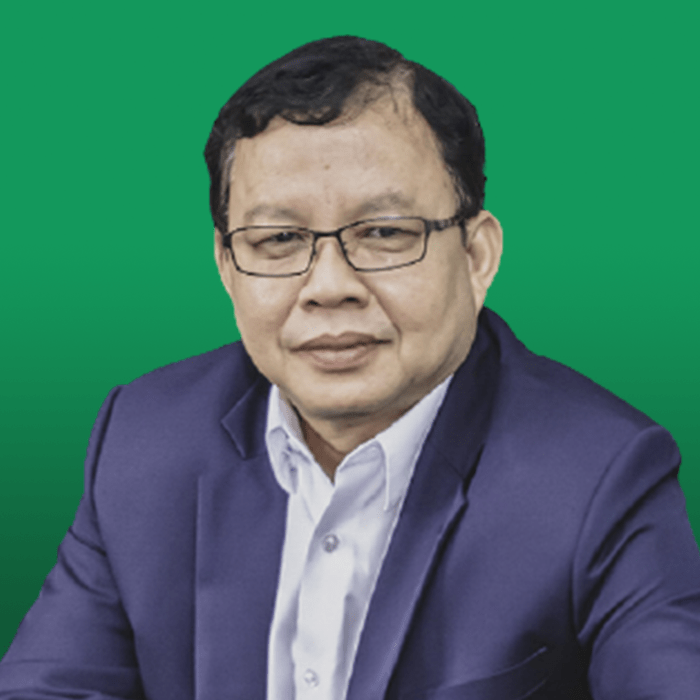 H.E. ROS SEILAVA, is currently a Secretary of State of the Ministry of Economy and Finance, the Secretary General of the General Secretariat of the PFMRP Steering Committee and also Member of the Supreme National Economic Council (SNEC). He also serves as Chairman of the Board of Directors, Agricultural and Rural Development Bank of Cambodia. Mr. Ros received his BA in Social Science from Penza’s Institute of the Pedagogy, the former USSR, in 1987-1992. In 2002, he obtained his Master of International Affairs (MIA) in Economic Policy Management from Columbia University, New York, USA. Previously, he worked as Mechanical Technician and Laboratory at Power Plant under the Ministry of Industry, Mines and Energy from 1985-1987. Since 1994, he joined the Ministry of Economy and Finance; first as Financial Controller and then as Deputy Director of Economic and Financial Policy Planning and Monitoring Unit form 2002-2005, and as Director of Department of Economy and Public Finance Policy from 2005-2006. Later on, Mr. Ros was appointed as Deputy Secretary General up on his return from the World Bank where he serves as an Advisor to the Executive Director during 2006-2008. From 2013 until now he was promoted to be the present position. 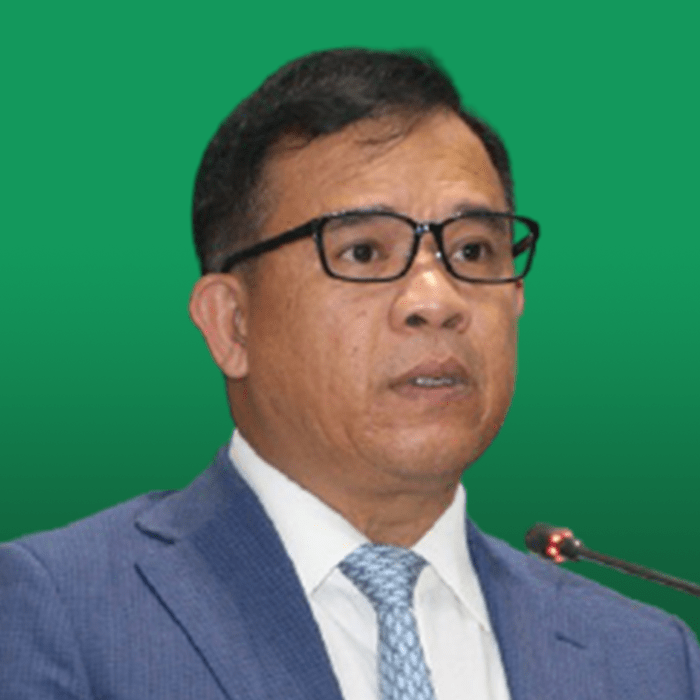 Representative of Ministry of Economy and Finance (MEF) / H.E. MEY Vann was born in Kampong Thom province, Cambodia in 1969. He completed his Ph.D. in Business Administration at PRESTONE University, the USA in 2009. He also received his Master Degree in Political Economy in 1999 from D’AUVERGNE University, France, and earned Bachelor Degree in Economics in 1993 and Business Law in 1994, Cambodia. H.E. MEY Vann started his career as an official of Financial Department of Ministry of Economy and Finance back in 1994. In 1999, he was promoted to the position of assistant to the Secretary of State of the Ministry of Economy and Finance, then to the position of Director of Financial Industry Department of the same ministry in 2002, where he was later promoted to the position of Director General of the General Department of Financial Industry in 2013. He was also appointed as the deputy chief of working group on anti-money laundering and financing terrorism of the Ministry of Economy and Finance in October 2017. H.E. MEY Vann assumed office as Delegate to the Royal Government in charge as Director General of General Department of Financial Industry of Ministry of Economy and Finance of Cambodia in October 2017 where he oversees the supervision and implementation of policies and financial sector development strategies. He was also responsible for the regulation and supervision of insurance and pension sector, non- banking financial institutions, gambling management, real estate development and pawnshops, anti-money laundering and combat terrorist financing. H.E. MEY Vann is a representative of Ministry of Economy and Finance to supervise and implement measures to prevent and deter money laundering and terrorist financing threats and activities. He oversees the committee in charge of carrying out risk assessment in order to identify and respond to AML/CFT risks affecting the non-banking financial sector. H.E. MEY Vann has recently been promoted as Secretary of State of the Ministry of Economy and Finance in charge on the General Department of Financial Industry and as the Secretary General of the General Secretariat of the Non-Bank Financial Services Authority (NBFSA) in 2020 and 2021, respectively. His current role is to lead and coordinate with relevant entities to develop and implement on Policy and Strategic Plan of Non-Bank Financial Sector including Fin-Tech, while monitoring and evaluating for the effectiveness and efficiency of those are one of the fundamental roles. In further, his role is to smooth the cross cutting issues such as legal frameworks, regional and international cooperation with development partners, AML/CFT, human resources, and operating budget within the scope of NBFSA. Apart from these positions, H.E. MEY Vann has been appointed as a board member of the Credit Guarantee Corporation of Cambodia (CGCC) in 2020 and the Gambling Management Commission of Cambodia in 2021. 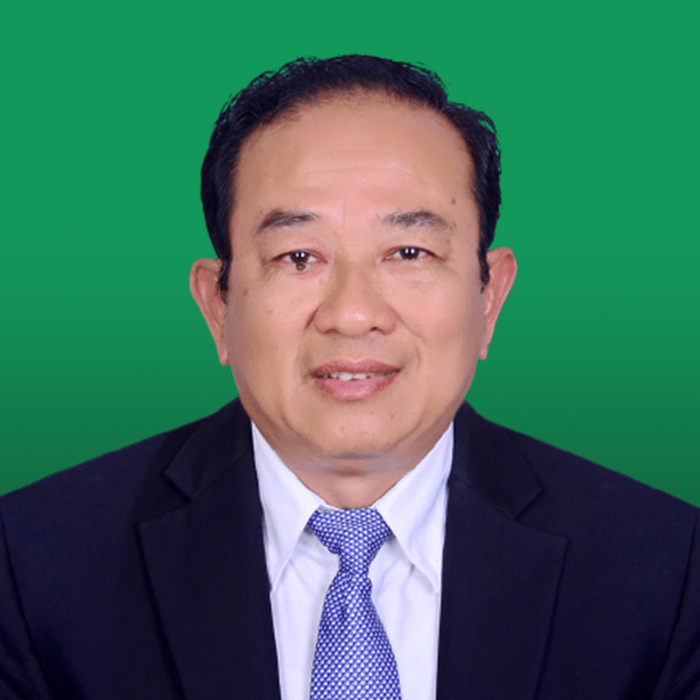 Representative of Ministry of Industry, Science, Technology and Innovation (MISTI) / Mr. Yea Bunna is currently the Under Secretary of State of Ministry of Industry, Science, Technology and Innovation (MISTI). Base on his experiences in productivity development for Micro, Small and Medium Enterprises (MSME), he was assigned to be a member of Board of Directors of Credit Guarantee Corporation of Cambodia (CGCC). Mr. Yea Bunna has more than 20 years’ experience in Manufacturing Industry and MSME development sector as well as Foreign Direct Investment (FDI) promotion; Mr. Yea Bunna obtained his Master’s Degree of Business Administration, majoring in Finance at National University of Management in Cambodia in 2006 and received a Bachelor’s Degree of Economic Science at the former Faculty of Economics of Cambodia in 1989. 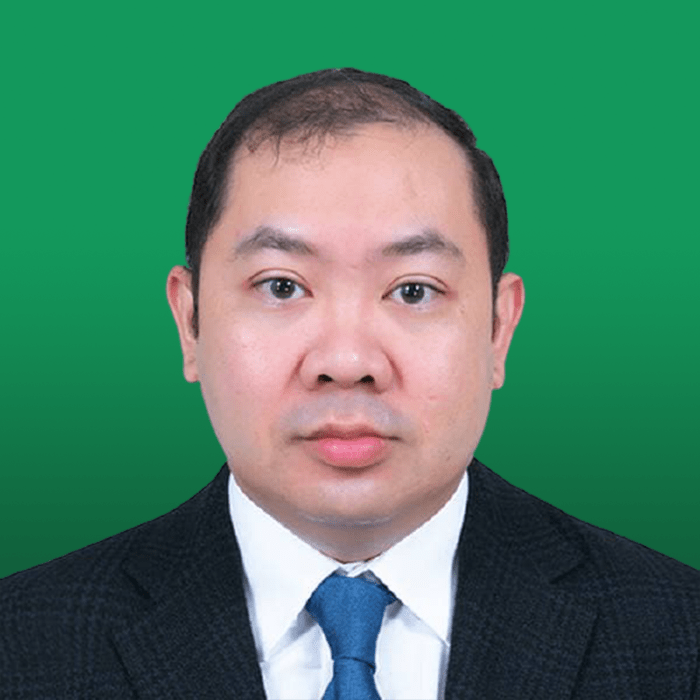 Representative of National Bank of Cambodia (NBC) / Mr. KITH Sovannarith is the First Deputy Director General of Banking Supervision, National Bank of Cambodia​ (NBC). He started his career at the NBC in 1998 as Economist in Governor’s Office before moving to Exchange Management Department where he severed as Head of Middle Office. In 2011 he was posted as Advisor to Executive Director of Southeast Asia Voting Group of International Monetary Fund (IMF) based in Washington D.C. Upon returning to the NBC in 2013, he was promoted to Deputy Director of Onsite Supervision. Mr. Kitah Sovannarith is also the chairman of Institute of Banking and Finance (IBF) which help to help the human resources for Cambodian Banking Industry. Mr. KITH Sovannarith hold Bachelor of Commerce (Economics and Finance) from Deakin University, Melbourne, Australia and Master of Science in Professional Banking and Finance from Luxembourg School of Finance, University of Luxembourg, Luxembourg. 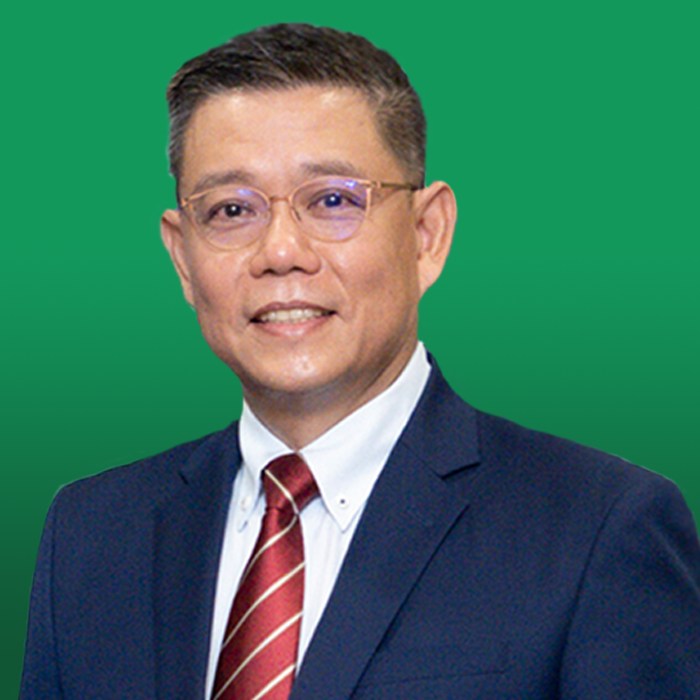 Chief Executive Officer of CGCC / Mr. Wong Keet Loong is a Malaysian who has more than 25 years of Banking experience in the Retail and Commercial Banking. Prior to joining CGCC, he was at CGC Malaysia for 5.5 years in Sales & Business Development, structuring credit guarantee schemes and promoting the growth of SMEs access to financing. He has a vast experience in credit guarantees and has been invited to share his experience in Sri Lanka, Zimbabwe, Indonesia and neighboring countries. Mr. KL Wong is also a member of the Association of Chartered Certified Accountants (ACCA) since 1994. 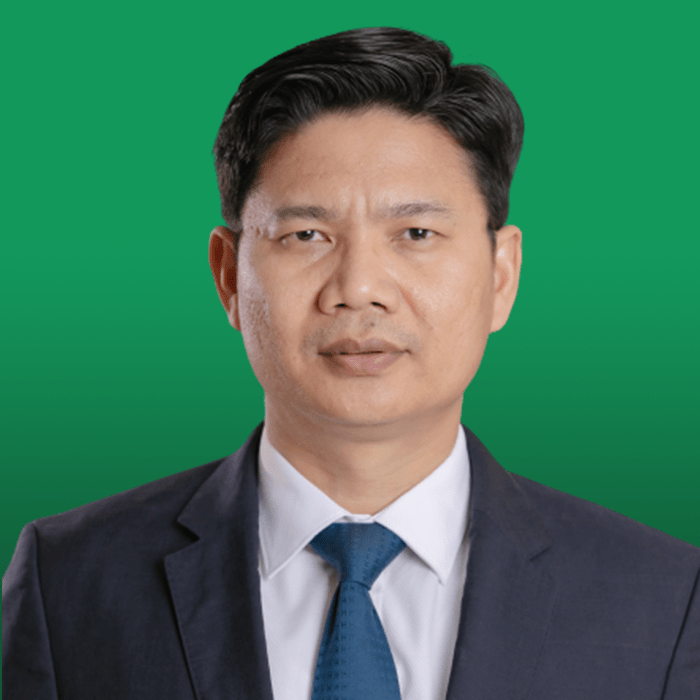 Representative of private sector / Mr. Sok Voeun is currently the Chief Executive Officer at LOLC (Cambodia) Plc. He is also a member of Certified Management Accountant (CMA), a member of Institute of Public Accountants (IPA), a chairman at Cambodia Microfinance Association (CMA), and an independent director of Credit Guarantee Corporation of Cambodia (CGCC). Mr. Sok Voeun has more than 20 years’ experience in microfinance sectors and banks; covering digital and product development, leadership, and management over credit, risk, finance, and human resource. Mr. Sok Voeun obtained his Master’s Degree of Business Administration, majoring in Finance and Banking at Build Bright University in Cambodia in 2005 and received a Bachelor’s Degree of Economic Science in Management of Enterprise at the former Faculty of Law and Economics in 2000.

Deputy Chief Executive Officer of CGCC / Mr. No Lida is currently a Deputy Chief Executive Officer of Credit Guarantee Corporation of Cambodia. Prior to this role, he worked for the General Department of Financial Industry of the Ministry of Economy and Finance of Cambodia for more than 10 years. He used to participate in formulating and implementing various policies to support the financial sector development. He contributed to the establishment of Cambodia’s securities market, national financial stability committee, financial stability working group, SME Bank of Cambodia, Credit Guarantee Corporation of Cambodia, and recently the Non-Bank Financial Services Authority. He was one of the key persons to drive the successful establishment of the Credit Guarantee Corporation of Cambodia by preparing regulations, policies, strategies, and other operational matters. He was also a member of the ASEAN+3 Taskforce by regularly attending ASEAN+3 Taskforce Meetings and ASEAN+3 Finance Deputy Ministers Meetings in all ASEAN+3 countries to enhance Cambodia’s regional financial integration with the rest of ASEAN+3 countries. He liaised with various international development partners such as Asian Development Bank, World Bank, and International Monetary Fund for financial sector development assistance. He received a Master in Public Administration from Lee Kuan Yew School of Public Policy in Singapore and a Master of International Studies from Yonsei University in the Republic of Korea, a Bachelor of Economics from Royal University of Law and Economics, and a Bachelor of English Language from Institute of Foreign Languages in Cambodia.